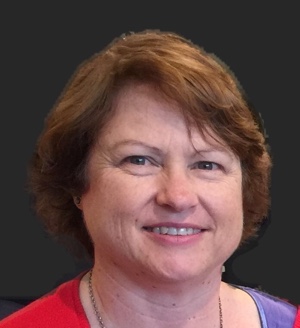 When I met Maree at a conference earlier this year, I was impressed by her story of finding inspiration for mobile apps in her previous career working in the health industry. Maree's had some great experience filling real needs that she and her colleagues had, and has now transitioned into indie development.

Hi Maree! First up, can you tell us who you are and what you do?

Well I am someone with experience in both the health sector and the IT industry. I started out in medical laboratories but before the year 2000 I did a computing degree and worked for a large multinational computing firm in consulting for four years. After this I changed careers again and moved into medical research. This gave me a chance to combine my medical and computer knowledge as I have worked on medical registries as well as clinical trials. These days I write apps—and I have released four apps on the Apple App Store, with three of them still available now.

How long have you been working on iOS apps? What was your journey like from starting out with iOS development to where you are now?

So about five years ago I started looking into how to write apps and taught myself Objective C. I released iLab first (a converter for units used in pathology tests), followed by a free app for a medical conference that I was helping to organize as part of my ‘paid’ employment. My third app is called Date Calculator for Clinical Trials, which as the name suggests helps to plan a schedule based on a given date and day (or week) of the trial. After I released this app I decided to learn Swift and then wrote my next app—KrazyKringle. This was my first go at writing an app that was not directly applicable to my paid work and I realised that more is needed to have a successful app than just writing code and putting the app onto the App Store.

Since then I have branched out and have trialed working in a team environment to produce an app as well as looking into data analysis and machine learning in a datathon. A hackathon and incubator run by Girl Geek Academy followed. This produced a couple of ideas, one of which I am still working on at the moment.

The whole startup community is a really big area at the moment and there are a lot of exciting ideas out there and a lot of dedicated people. Participating in this has opened my eyes to the world of marketing and surveying your market to answer a need. This will be very helpful moving forward with my new app that our team is working on but has not been released—GoTrackHealth.

You've worked on a few iOS apps now. Where do you usually get ideas for your apps from?

Initially my ideas came from what I felt would help me with my job. However I found that the market for this was limited. So I started asking friends and family if they had any ideas for an app. Trying to find an idea that someone else had not already thought of is really quite hard! That is where KrazyKringle came in. A Krazy Kringle is run sort of like a Kris Kringle except everybody brings a generic present. There are all sorts of rules for the game as the presents are chosen but what is needed is a randomised list of names for everybody to select the presents from under the tree. Usually names are drawn from a hat but the app does this part!

GoTrackHealth came out of a survey we did of health professionals. We had an a couple of ideas but were not certain which was the bigger issue. It turned out that many of the participants found getting patients to follow through on health requests was a large problem. This first survey was followed up by a survey of what would help people to remember to complete these tasks.

Has anything surprised you about going independent as a developer? What are the main differences for you, compared to your previous work?

Working as an independent developer is definitely different to my ‘paid’ work. It is great as the day is my own, no one to tell me what to do and when. However this can be a trap—it is so easy for the day to escape and I find that I have not spent the time I had planned doing productive work. I might have been distracted by home tasks, or phone calls, or whatever. So yes, I have found it requires discipline. Also as an independent developer it is too easy to work at any time of the day (or night) and every day of the week. This also can be a trap as balance is needed. I do not want to give up paid employment to find that I am my own worst boss!

What does a typical day look like for you now? Is there anything you'd like to change about that?

The days that I work on my apps usually start later than my ‘paid’ work days—as I figure I can take it easier (no commute)! I start off with a coffee then exercise usually while watching a training video about something that I am trying to learn at the moment. Then after breakfast I sit down to work and if I am lucky get 2 to 3 hours in then. After that it varies and I try and do something social during the day even if it is shopping. After which I would like to say I sit down in the afternoon and complete another 4 hours of work but it does not always happen!

I find it really helpful if I am going around in circles to take a break and to go for a walk. This usually allows me to see the whole picture and often I think of another way to tackle the issue.

The work itself can be varied and it took me a while to realise that things other than actual coding are also work in this context.

I do miss being able to talk ideas through with other people during the day. Phone calls, emails and chat programs all help but it is not the same as face to face interaction.

And when you're not working, how do you recharge and relax?

I am a big book reader—usually science fiction but also mysteries. I almost always have a pile of books ready to be read and get quite concerned if I am getting towards the end of my book and do not have another one waiting! I tried digital books and while on trips I use them—at home I just like the feel of a ‘real’ book.

We like to ask everyone what "making it" means to them. What does it mean to you? Do you feel like you've made it already? If not, what are your plans to help you move in that direction?

'Making it' is such a subjective term! My idea of what constitutes ‘making it’ varies from day to day, week to week. Really I would like a popular app on the App Store. Something that gets downloaded a lot. This is why I have been looking into what makes a good startup. It seems to be more than just a good idea. Or good marketing. Or a well-written app. I think persistence is required and a lot more. Maybe some of the skills that I have picked up over the years in my former jobs—project management, planning and networking will come in handy but also I think I have a lot to learn. So watch this space.

As an indie dev, how do you stay in touch with the iOS dev community? Do you end up spending a lot of time working alone?

I go to Meetups—Cocoaheads amongst others. Meetups are great for keeping in touch, not just as it is a social environment but it is also good as I feel I am still learning coding. The whole app development community is so varied and technically it can be way over my head.

As for working alone—yes this is the good and the bad of being an indie developer.

Thanks for joining us, Maree!

All the opinions expressed here are Maree's own. You can find out more about Maree and her work at kymest.com or get in touch with her on LinkedIn or on Twitter at @mpwil50